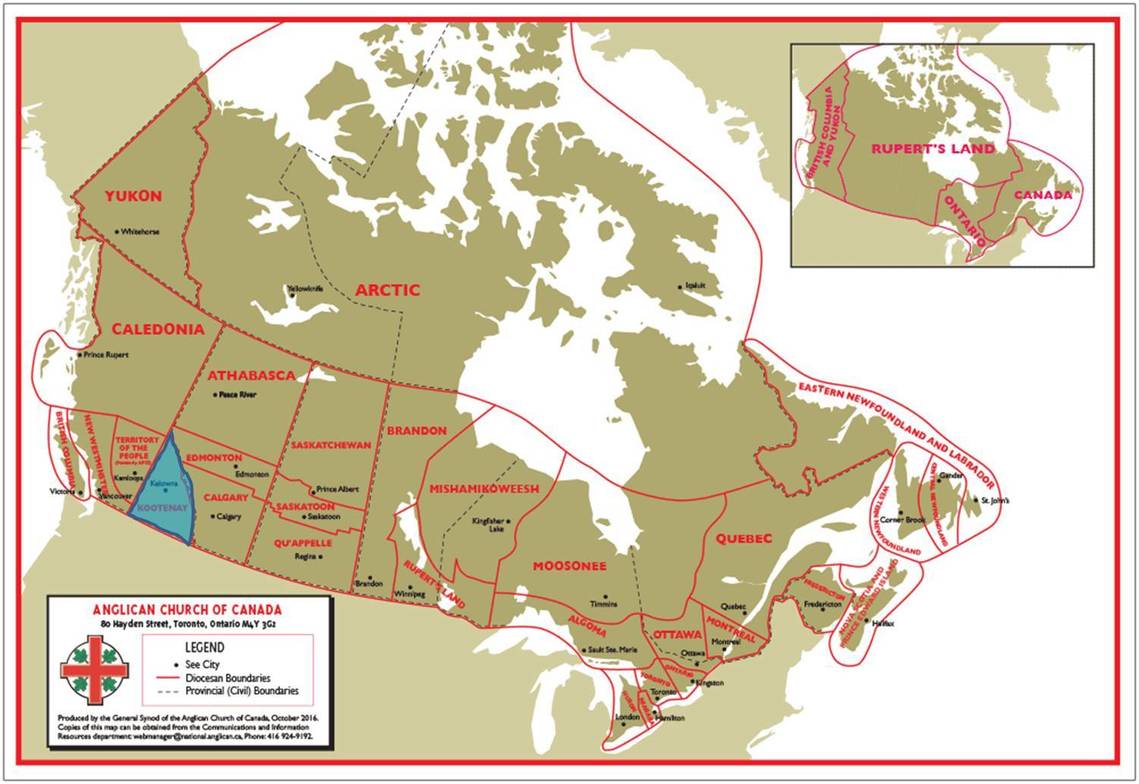 image: The Anglican Church of Canada's map of Canadian dioceses and provinces, from anglican.ca (modified to highlight the Diocese of Kootenay)

In the week of 18 October, we pray for Bishop Lynne McNaughton, and the clergy and people of the Diocese of Kootenay.

The Diocese of Kootenay was established in 1900, and obtained its own cathedral in 1914 after some years of administration by the Diocese of New Westminster. Its triangular territory is bounded by the 120th line of longitude in the west, the 49th parallel to the south, and the Rocky Mountains in the east.

The diocese is situated in the traditional territories of the Syilx (Okanagan) Peoples, the Ktunaxa and Kinbasket Peoples, and the Secwepemc (Shuswap) Sinixt Peoples.

In this southeast corner of BC, small communities are strung out along roads and waterways, separated by mountain ranges; the diocese consists of 27 parishes (many joint/multi-point and some shared Anglican-United) and 3 Worshipping Communities. Here is a map of the diocese with pins for each parish. 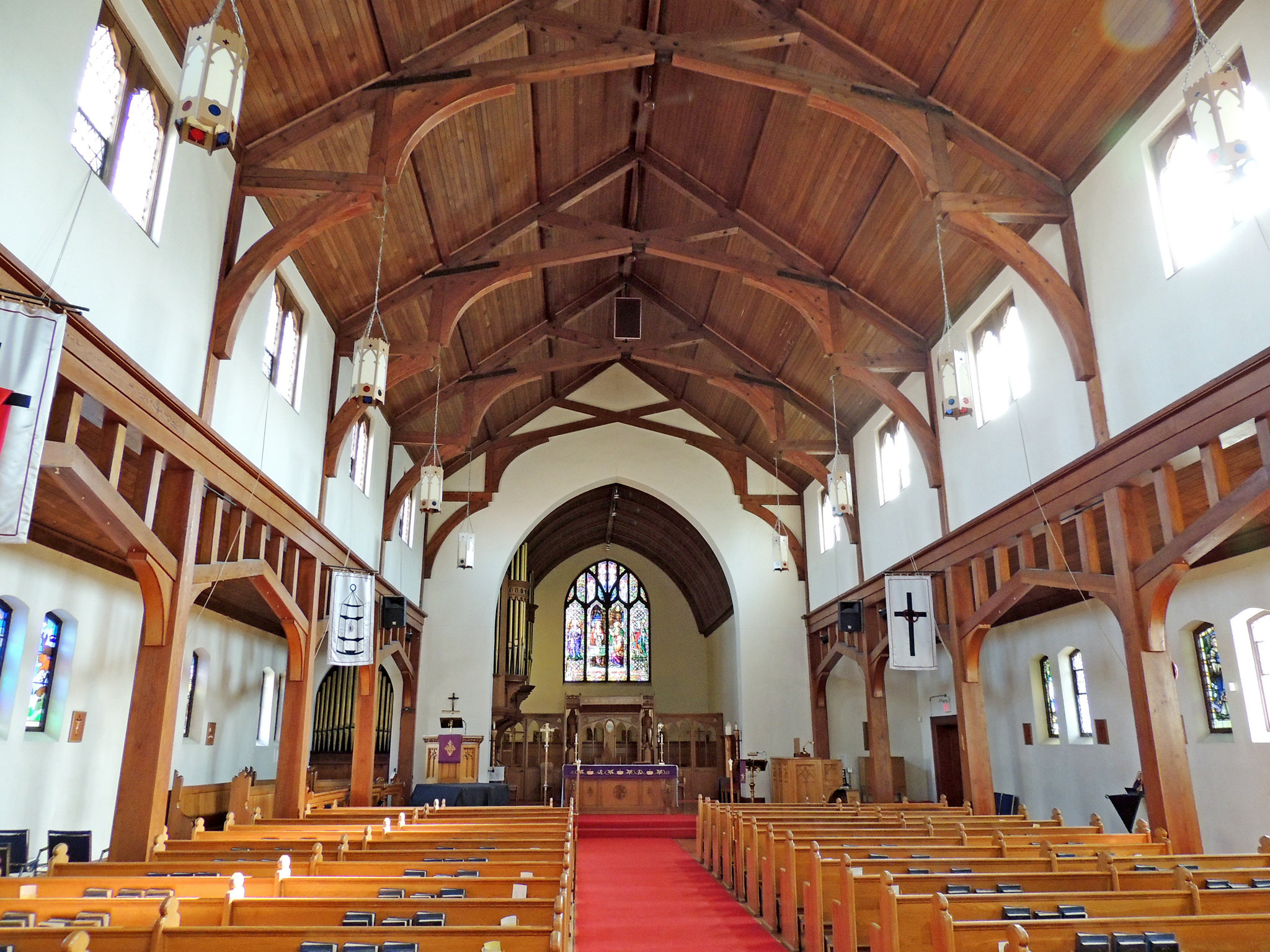 photo: interior of the Cathedral of St Michael and All Angels, Kelowna. Not attributed. image source: https://www.waymarking.com/waymarks/WMY0YH_St_Michaels_Cathedral_Kelowna_BC

The first diocesan cathedral was St Saviour's in Nelson, still called the Pro-Cathedral and now the lead church in the Kokanee Parish. Since 1987 the see has been St Michael and All Angels in Kelowna.

The diocesan newsletter is the HighWay, online here

Do you have connections with this diocese? We'd love to hear about them!