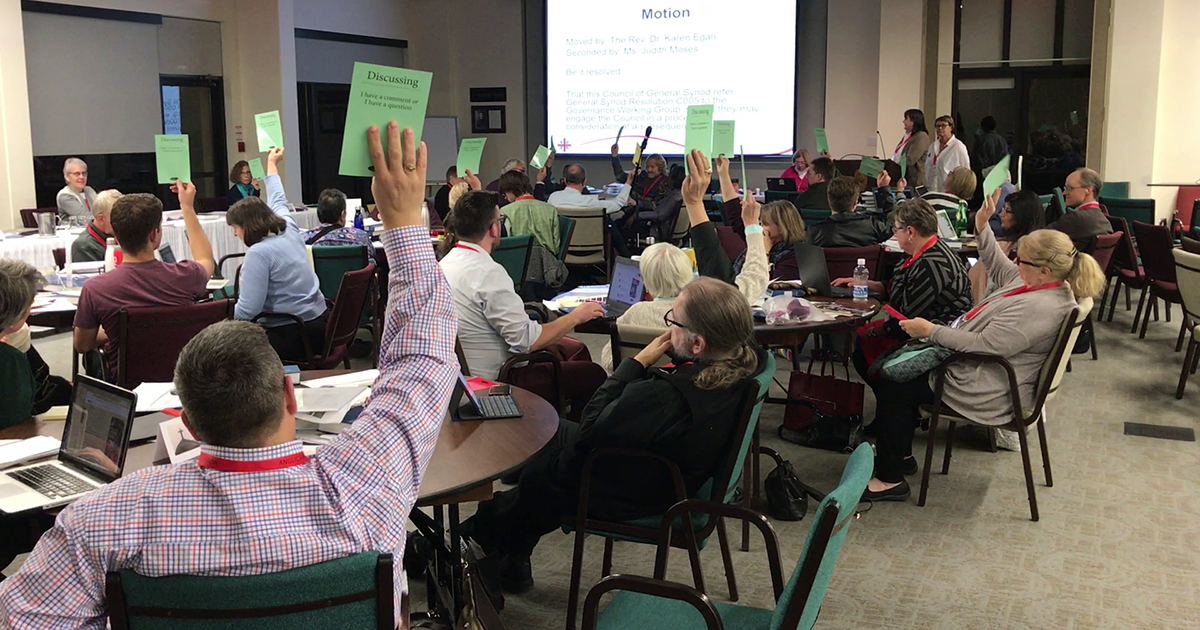 In the week of 15 Nov. 2020 in the Anglican Church of Canada cycle of prayer, we pray for the members of the Council of General Synod, especially for the new General Secretary, the Ven. Alan Perry.

General Synod is the national church office, based in Toronto, ON. From anglican.ca:  "The Primate, Archbishop Linda Nicholls, is our national pastoral leader and works from the General Synod office in Toronto, Ont. The national office is divided into departments, and their work is guided by volunteer Anglicans through committees and councils. The Primate is Chief Executive Officer of General Synod.

"General Synod is also the name for the national meeting of Canadian Anglicans, held every three years. Between these meetings the national church is governed by a smaller Council of General Synod that meets twice a year."

The Council is the executive body of General Synod. Some of its main working groups are concerned with anti-racism, governance, and responsible investment in and by General Synod.

The Council is of course now meeting online, but here they are at the two most recent in-person meetings, in November 2019 and March 2020: 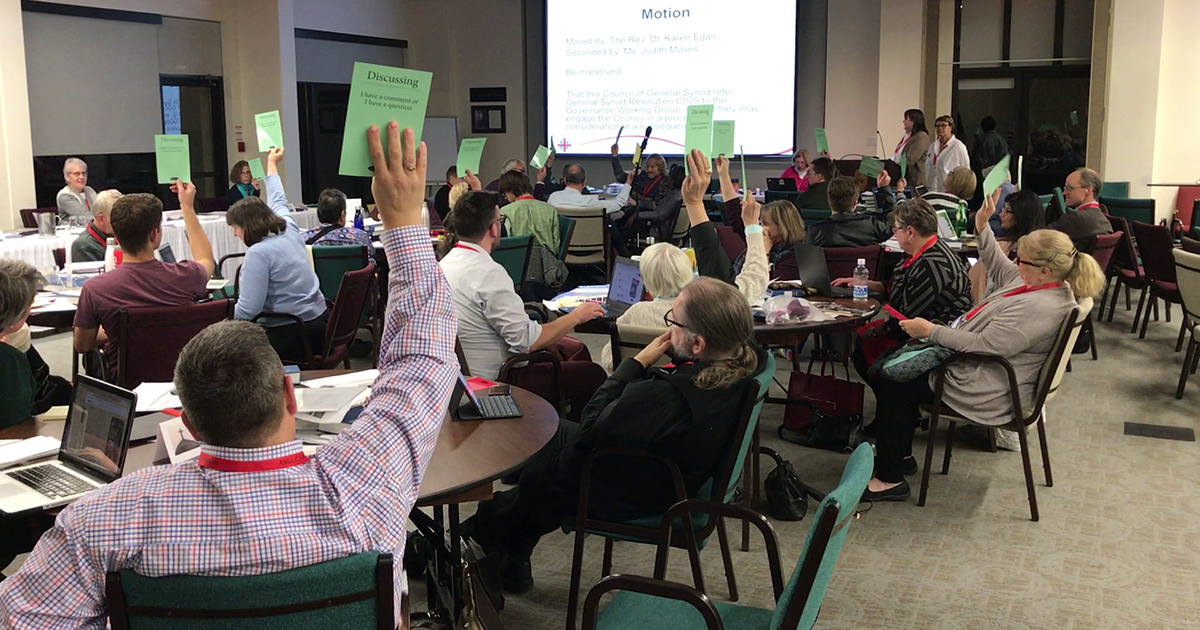 Members of the Council of General Synod (CoGS) vote on a motion. 8 November 2019, photo by Matthew Townsend on anglican.ca 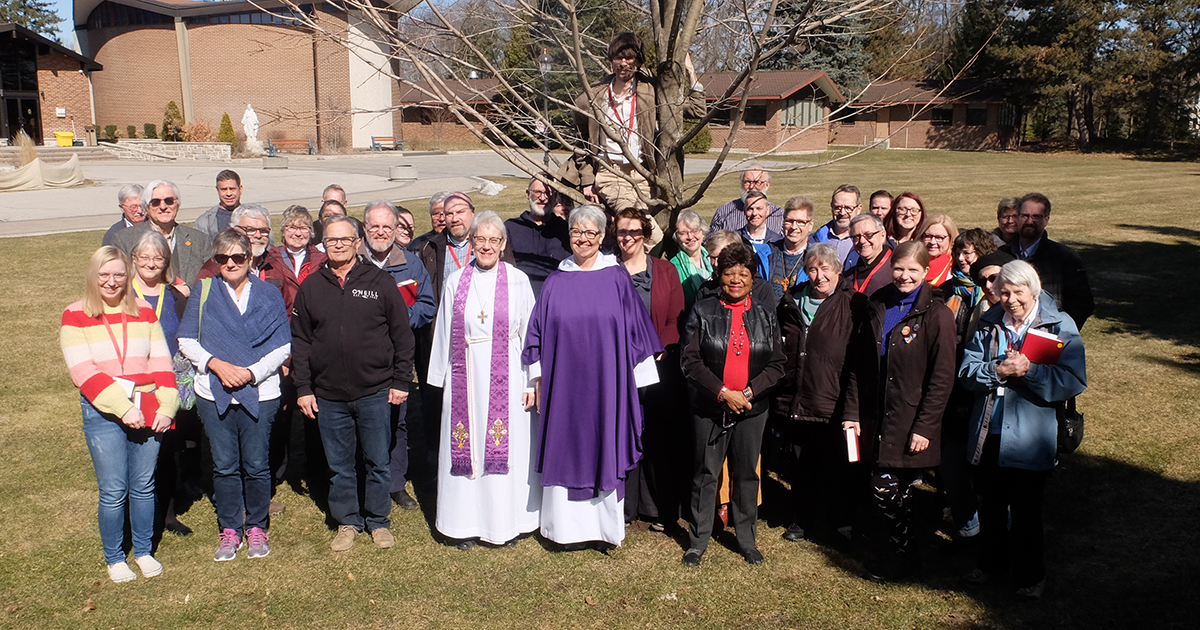 The Council of General Synod and National Church Council gather around a tree outside the Queen of Apostles Renewal Centre [Mississauga, ON] representing the full communion partnership between the Anglican Church of Canada and Evangelical Lutheran Church in Canada. 15 March 2020, photo by Matt Gardner on anglican.ca

Proceedings of Council meetings are summarized in their Highlights reports.