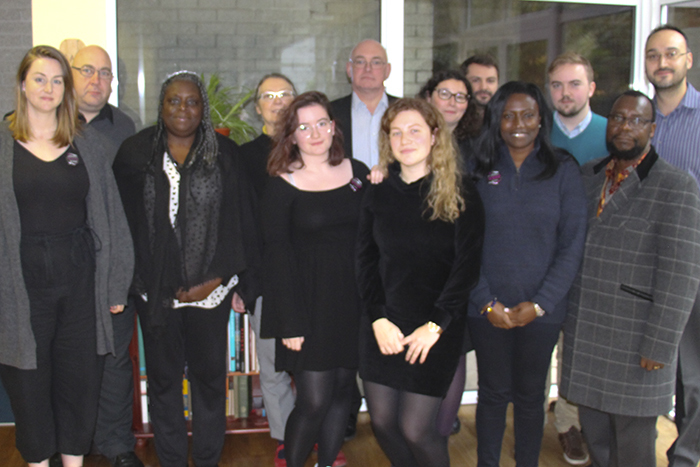 In the week of 22 November 2020, we pray for the Secretary General and staff of the Anglican Communion Office.

This is the last week of the liturgical year, and the last in the ACC's annual Cycle of Prayer. Next week we begin a new year and a new Canadian cycle with the Primate; diocesan posts will return at the end of January with the Ecclesiastical Province of Canada (Atlantic provinces and Quebec), starting with Newfoundland.

A spring 2020 update on the Anglican Communion website stated: "During this time of global lockdown, the Anglican Communion Office has suspended most of its programmatic activity. International travel is effectively impossible and so the usual round of meetings cannot take place. At the same time, the attention of primates, bishops and other provincial staff are focussed on supporting their people and their churches during this unprecedented pandemic.

"As a result of this, some 14 Anglican Communion staff have been, or are in the process of being, furloughed, with the support of the UK government’s Covid-19 job retention scheme. These staff members are, effectively, under extended leave of absence and will return to work when the conditions are right.

"The Anglican Communion Office is continuing to function, albeit at a reduced capacity and with staff working from home, in accordance with official guidance by the authorities in London and New York. The departmental Directors at the ACO are using this time to re-evaluate their activities and priorities to enable the ACO to more effectively support member churches in their response to this changed world."

Here is what 2020 looked like for the ACO back in January...

The ACO web page states: " The Anglican Communion Office serves and supports the Communion in over 165 countries around the world. It is based at St Andrew’s House in London and is the permanent administrative headquarters for the four Instruments of Communion.

"The Office has a small team but its remit is huge. Its directors and staff – under the leadership of the secretary general, Dr Josiah Idowu-Fearon – serve the Anglican Consultative Council; the Primates’ Meetings and the Lambeth Conference. They also serve commissions, committees and various groups that are created from time to time. Directors and staff work in areas including mission, ecumenism and gender justice. The Office also has representatives at the United Nations in New York. The Office is also home to the Anglican Alliance and the Lambeth Conference Company.

"In addition, the ACO acts as a meeting point and base for visiting Anglican/Episcopalian leaders.

"The Office was established with the formation of the Anglican Consultative Council in 1968. Its original brief was to support communications between churches and provinces. Its work is supported by the inter-Anglican budget which is funded by contributions from the member churches and other grant-making bodies."

Here is a video introducing the work of the Anglican Communion Office. The ACO tweets @AnglicanWorld.

Do you have a connection with the Anglican Communion Office? We'd love to hear about it!